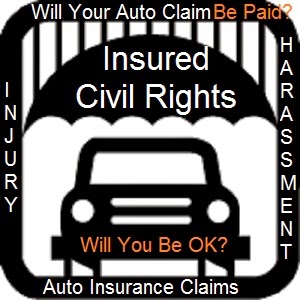 Seattle (ESTRA) - No one anticipates having to take their or another Auto Insurance Company to court in order for them to do the right thing.  Yet, many Carriers today find this is to their advantage.  First, most car accident victims do not have the resources to take on well funded corporations, which, by the way have been built upon your premiums.  Second, these corporations spend a great deal of time in Federal Court, in fact, it's like a second home to them.  This places them in a favorable position because they know the people, and know what works to make them successful in court.  Third, if an injured person gets to trial, the cost to get there makes them a loser in most cases.  The Auto Insurance Companies have the best attorney's on retainer, in local communities and in-house, which sets the stage to terrorize injured by subjecting them to every trick and legal tool at their disposal, which will be used.

A person injured in a car accident who files a lawsuit against an Auto Insurance Company is like bringing a Popsicle to a gun fight.  By the time you go to trial, you are standing there with a wooden stick while the auto insurance company holds an automatic gun aimed at your forehead.  With their ability to pay $500/hour plus for their attorney and a team on staff along with local attorneys in town, surveillance on activities which results in nothing, researchers  performing  back ground checks from the day born, along with a list of medical staffs who must be related to politicians, by the way they perform Independent Medical Exams known as IME which are anything but independent from my experience, you wonder why they call our systems, justice for all, when in fact, its really demonstrates the power of a few from what I’ve learned.

Walking into the den of these corporations is truly eye opening from my perspective.  It’s not for the faint of heart. Being raked over the coals is enough to traumatized healthy people.  For a person dealing with physical injuries and additional losses, it is understandable why so many people just accept approximately 10% of the value of the claim and settle before trial.  But is this right?  And why do they have so much power to harassed and intimidate working class people who typically are clueless to the possible ruthlessness when going down this road?  Injured are only trying to get what they have been promised.  The financial safety net supplied by insurers which is suppose to be there to catch you when falling, which does not necessarily come to past. 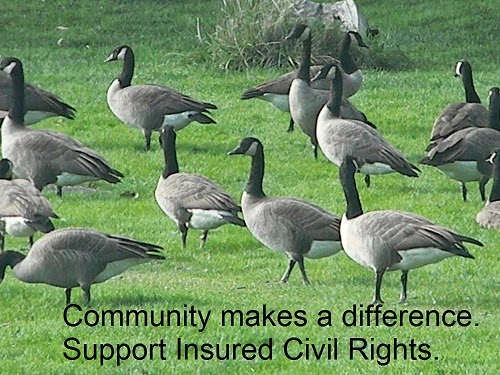 In current years, some Auto Insurance Companies have decided that its more profitable for their investors to pay as little as possible out on insured claims.  Insurance Companies' first offer insults not only intelligence, but is meant to check insured desperation levels.  Many insurance carriers believe in holding out until close to end of three years from collision which is typically the amount of time given to file a lawsuit against them.  By this time most working class people are broke, bills are past due, and overwhelmed with problems.  Yes, for insurer, this is the way to breakdown people who were already hurting.  Most of these companies use a computerized model to estimate these low ball settlement values.  For example, if you have a claim that is worth $10,000, do not be surprised by a low ball offer of $1,000.  And why would someone take such an offer?  Perhaps they are about to be thrown out of their residence, or perhaps there is something desperately needed for survival.  If out of desperation, they take this offer, who profits by 90%?  Yes, the insurance company.  Not only are they able to keep premiums, but are also able to keep money that should have gone to injured person. How could some Insurance Adjusters be so callous?  Because they may be receiving a bonus as a percentage of what they save carrier.  But is this fair?  Is this the right thing to do?  How will the injured person survive?   Life struggles due to injury will continue.  These insurance companies could learn a thing or two from the Market Basket Corporation. 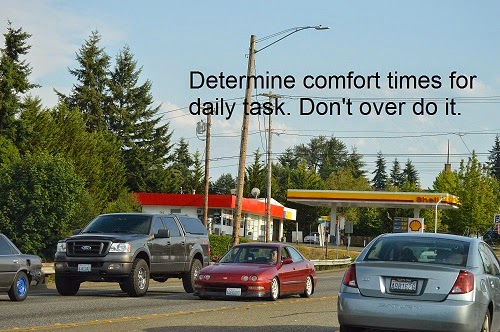 Somewhere in the late 70 – 80’s companies decided the only interest they needed to look out for, is their own, and they have demonstrated this in my opinion, in how corporate America has treated working class people.

Unfortunately, many auto insurance companies have followed suite.  And this is why in our example they could pay out $1,000 on a claim valued at $10,000  without  consideration of the pain and suffering they are unleashing against the very people who helped to build their wealth.  How tragic. How selfish, in my opinion.

How can you stay away from these “bad faith” companies?  One way is to contact your local State Commissioner and see which auto insurance companies are refusing to pay claims.  You may have look under several of their names since they typically are broken up by subsidiaries, but it will be easy to recognize the behavior.

Currently, we have many members of Congress that are more interest in being re-elected and receiving money from lobbyist, than doing the right things for constituents.  The suffering experience to-date by working citizens due to bad polices from this Congress will go down in U.S. History in my opinion.  Until they decide to do their job, we as a country from my perspective are in trouble.

Make sure to register to vote this November.  Will it make a difference?  Absolutely if tired of lobbyist running the country instead of citizens.

So what will you do when faced with a low ball offer?  Typically its not just the first, but also the second, and third.  Yes they know you are in a pickle, most people are just one paycheck away from disaster, and for a couple years now they have played hardball with claim, meaning insurance carrier has been unwilling to settle.  Don’t you think it’s odd a company that has a vested interest in keeping your money has the right to decide if they give it to you?  Seem like the injured are at a disadvantage.  Why isn’t there a third party which makes this decision within a  year’s time frame, by reviewing claims,  that’s impartial and has no relationship with insurer or insured? The cost becomes part of the premium already paid so there is no unfair advantage by insurance companies.  In my opinion, this decision needs to be taken out of the hands of insurance companies and into hands of a third party who could be more objective in their decision making.

In this way, light could be placed upon “bad faith” behaviors  and corrections made before injured are driven down to the edges of poverty.  It would be better for injured to receive settlement amounts that are fair and equitable in a time frame that protects them the most.  Should you expect an insurance company to counter your settlement demand with a fair offer?  From my experience, some do and some do not.  When auto insurance companies can low ball their insured just because our legislative bodies both at state and federal levels let them, it’s a problem.  People are hurting due to decisions made in a bias, hurtful way in my opinion. 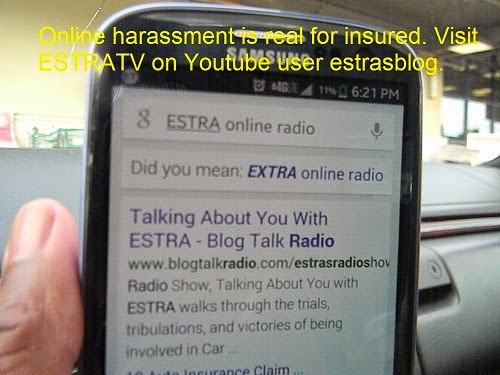 From my perspective, if you find that an auto insurance company offers you 1% of your claim value as an initial offer, recognize they do not respect you as a customer, and may have personal integrity issues as a corporation.  If they are not willing to off a fair settlement, recognize this is a business decision. One that will eventually turn away customers.

Whether you decide to accept or decline these low ball offers, remember how this company made you feel.  Do you feel they took advantage of you?  Then know premium dollars are going to the wrong company.  Again, you are the most important person in this equation, therefore do what is in your best interest.

Personally, I believe working class people need Insured Civil Rights.  Otherwise, there will not be a level playing  field for those injured.  Most injured are out gunned, and a popsicle will not stop the bullets.  There needs to be systems in place that protect the injured, so by end of the process, they are not worse off due to the power and influence auto insurance companies have to delay and deny claims.  If you agree, make sure to go out and sign We the People Petition out on Whitehouse.gov for Insured Civil Rights.  Lets put an end to unfair advantages of auto insurance companies against people injured in a car wreck.

To Auto Insurance Companies who are treating their injured fairly, thank you.  Car accidents are hard enough without having to challenge a multi-billion dollar corporations with a 12,000 to 50,000 per year job, and little savings.  Keeping your word to insured shows higher levels of integrity.

Working class people cannot out spend auto insurance companies or out last them and they know this to be true.  Most injured are overwhelm by all the paperwork, appointments, attacks on credibility, surveillance, loss of income, on top of recovery which is difficult all in itself.  Most people will choose to settle before trial, because the court experience is unknown and scary. Some injured have been intimidated by discussions of a possible bad outcome, and having to pay thousands of dollars to the auto insurance company if lawsuit is lost. 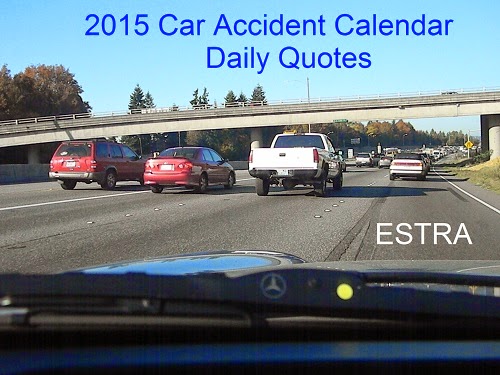 Again most attorney will not take your case to trial unless worth their while.   Again, most auto insurance companies' prefer to try their cases in Federal Court instead of State court because in my opinion justice leans their way, and they have developed the most contacts in this system.

Do injured win cases when going to trial?  Yes some do.  But is it worth the cost, the harassment and intimidation, and the additional pain and suffering?  Most auto insurance companies are literally banking that its not worth it for the injured.  And in my opinion, the have the bucks to prove it.

Yet, recognize the final decision is and always will be yours.  Make sure you are ready for the fight ahead, educate yourself on what you will be facing, and for goodness sake, turn in your popsicle for at least a machete.

Best wishes on the outcome.  Whatever happens, don’ give up on moving forward.  There is always opportunity as long as you don’t give up.

If you have experience a claim with an Auto Insurance Company, share your experience on twitter hastage #ESTRAsRadioShow.

Talking About You with ESTRA Radio Show
Every Saturday at 1:30 p.m. PST on Blog Talk Radio
Listen to over 100 Free Audio Archives on BTR and iTunes


ESTRA Car Accident Surveys. Collision Issues You Matter, So Do Your Concerns.

Posted by ESTRA Seattle at 10:24:00 PM
Email ThisBlogThis!Share to TwitterShare to FacebookShare to Pinterest