Think It's Not About The Money? Read On. - Disability Counter Surveillance 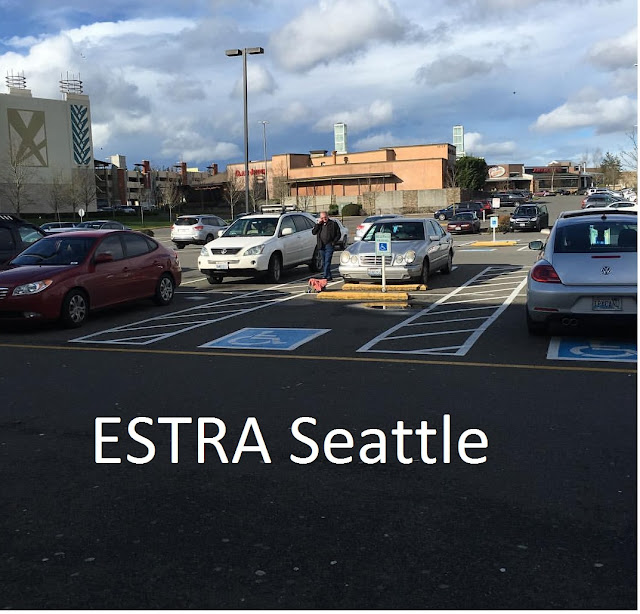 Seattle(ESTRA) - On Friday, January 27, 2012, The Seattle Times published a front page article titled,  "Madigan on hot seat over PTSD", written by Hal Bernton, researcher, David Turim.  The frontal assault on individuals with injuries seem to follow many of the same patterns, such as deny and/or delay, even in the military.  And typically, at the root of the issue, is the amount of money due to the injured person.

Madigan is a military base in Tacoma, Washington.  Soldiers from this base have been sent to Iraq and Afghanistan. In this article, a Post-Traumatic Stress Disorder (PSTD) diagnosis was given to 14 people who served in these wars. However, a team of psychiatrist reviewed these cases and denied them as PSTD.

For too many of the disabled, attempts are made to downgrade their condition, possibly dismiss it completely, or as in this case, call it malingering in attempt to perhaps apply pressures to the soldiers.  Pressure Iraq or Afghanistan military personnel?  Hmmm. I'd have thought they had already been through the fire, so to speak. Who has created a standard for your credibility, and what purpose has it served?  Has it served as a means to take away your rights? Is it a tool  to break you down when other legitimate information fails to do so?  Don't stand for this.  You are human and deserve respect.  And your condition does not depend on what they say about you.  YOU, know about you.  TRUST you not them.  Many who use this technique lack the credibility and integrity they should stand for, instead of the credibility they obtain through power, not merits.

Many insurance carriers attempt to find other reason for disqualification because they are not willing to pay insureds.  Fortunately, for these fourteen people, someone did notice their plight. And they continue to fight for their benefits.  But what about those individuals who are too tired or too weak for fighting?  Who speaks for them? Who is helping them? The disabled need to join forces as these 14 have done, and not go silently into despair or submission to these insurance carriers, otherwise the unfair treatment will continue.

Hopefully, the Army will do right by these fourteen individuals. They have served their country.  And, like most people who go to work everyday, but happen to become injured, they deserve the rights and privileges agreed to.

The pressure to give in and not fight comes from many sources for most disabled.  Many insurance carriers do this through delays, denials, surveillance, harassment, and/or intimidation.  Know that they, not you, have integrity issues.  You are disabled, and that's a fact.  Nothing they can say or do, can change it.  Either they will do the right thing, and pay you as agreed, or they won't.  But you must put your life back together, regardless.  If tired rest. If others help you, fine.  If not, continue to help yourself.  Don't give up. You are the most important person in this equation. And, stand to get the laws change so this doesn't happen to others.

Fraud is often used to scare the disabled from following through with their claims.  Fear in society has often been the preferred method of keeping people in their place. Forcing people to suffer in silence.  Restraining their efforts to receive benefits, per the original agreement.  Insurance companies take, individuals give. End of story.  Well, it's only the end of the story if you do not stand up for your rights.

Just as politicians are using voter fraud to illicit injustice by hindering American Citizens' voting rights, insurance companies are using fraud in the same way against the disabled.  In my opinion, in either one of these cases(voter or disability fraud), the percentages don't stack up to the suffering cause.  It's only to the benefit of those with the power to enact such laws or actions, that hurt those with less money and power.  Typically, the 99%.  Let's not wake up one morning and have most of our rights taken away by fear tactics in words or deeds.  We are better than that.  We must stand for what we know are the right things to do for all people in our country.

This investigation should not only be for these 14 individuals.  This same scenario is being played out every single day here in the U.S.  Many of these people come up against insurance companies that have the resources and power.  These individuals have pain, suffering, and little support. Who will speak for these individuals on a country or state level? The Surgeon General, U.S. Army?  Eric Holder, Jr., U.S. Attorney General?  Patty Murray, A Democratic Senator for Washington State?  The Washington State Insurance Commission?  Or perhaps Occupy Wall Street?  One thing is for sure, unless we all stand up as these fourteen individuals, nothing will be done at a country or state level.  It's our individual voices, speaking together regarding these types of injustices that will bring about change.

Workers perform their jobs. However, when close to retirement, individuals are laid off, terminated, or denied benefits?  Does this show just how much companies/organizations today care for their employees?  Most individuals take pride in their work, and want to support themselves, families, and communities.  And being employed provides this.  And, respectfully, retiring with full benefits when it's time.

Here is the link to the Seattle Times Article:  Make sure to read the comments.  Many express the same concern as those disable who have not gone to war. Same point, just a different way of getting there:
http://seattletimes.nwsource.com/html/localnews/2017346365_madiganreview27m.html

Thank you, Eric Joseph Blake, for your military service and having a good friend who shared this link:
http://www.legacy.com/obituaries/seattletimes/obituary.aspx?n=eric-joseph-blake&pid=155652898

It's time to think about the whole country, not just a few.

Send your comments to:  estracarwreckhelp.com

Posted by ESTRA Seattle at 9:31:00 AM
Email ThisBlogThis!Share to TwitterShare to FacebookShare to Pinterest